The Formation Program in ICST 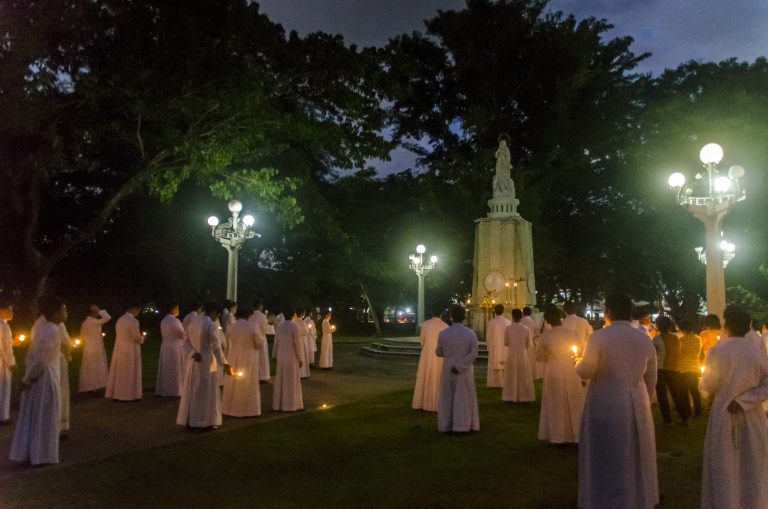 Vocations are gifts that spring from Christ. Among such vocations is the calling to the priesthood to which seminarians are called to respond. The formation of a seminarian is a long process of discernment and personal development on a holistic manner. This requires a seminarian to work actively towards his own formation and to remain open to the workings of the Holy Spirit. The purpose of this whole process of formation is to form a priestly heart like that of Jesus.

At the Immaculate Conception School of Theology, the theological studies involves a five-year formation. At this stage, the Ratio Fundamentalis Institutionis Secerdotalis (RFIS) no. 69 emphasizes the gradual configuration to Christ, the Good Shepherd, during which the seminarian is to arrive at an appreciation of the life of a priest and clearer orientation of the life of a pastor as a continuous giving of self as gift for the pastoral care of the people.

In the gradual configuration of seminarians to the Good Shepherd they follow a formation itinerary. As they progress in their formation they are expected to 1) Know their Sheep, 2) Lead their Sheep, 3) Feed their Sheep and 4) Lay their lives for their Sheep.

The seminarian in the first year of Configuration is presumed or as a prerequisite has known the Shepherd. At this stage of configuration to Christ, he is to transition from knowing the Shepherd to being the shepherd himself. He is also asked, like the Good Shepherd to know his sheep. Jesus said in the Gospel of John “I am the good shepherd; I know my sheep and my sheep know me” (Jn 10, 14).

The Good Shepherd “leads them out. When he has brought out all his own, he goes on ahead of them, and his sheep follow him because they know his voice” (Jn 10:3-4). In line with his continuous configuration to Christ, the seminarian in the Second Year of Configuration stage, having known and is incessantly knowing the Shepherd and sheep, walks with the sheep by leading them. The virtue that he has to inculcate is service (servanthood).Being a leader means being a servant, for as scripture says, “Whoever wants to be great among you must be a servant of all” (Mt 20:26).

The Good Shepherd feeds his sheep both for their physical and more so spiritual nourishment. The seminarian in his Third Year of Configuration, as a shepherd himself, is now tasked to feed his sheep. This is the mandate of Jesus, who after His resurrection, appeared to Peter and said “Feed my sheep” (Jn 15:17). Like the Good Shepherd, he is “to feed the Church in Christ’s name with the word and the grace of God” (LG, 21., cf. RFIS 11).

The Good Shepherd out of His great love for his sheep is ready to lay down his life for them. As the final phase of the configuration stage, the seminarian in the Fourth Year is expected to imitate Christ’s sacrificial act. The Good Shepherd sacrifices everything including his life for the sheep. This entails the theological virtue of love because in its finality “there is no greater love than this: to lay down one’s life for his friends” (Jn 15:13). It is through this example of Christ’s gift of himself that this future priest imitates so that he “be capable of loving people with a heart which is new, generous and pure- with genuine self-detachment, with full, constant, and faithful dedication and at the same time with a kind of divine jealousy and even with a kind of maternal tenderness” (RFIS n. 39).